Not Your Ordinary Christmas Gift! 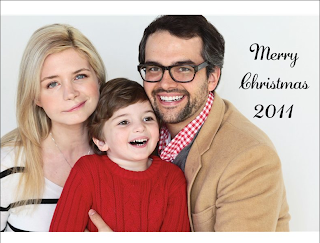 Back in the fall, Katherine Wolf emailed me about a possible Children's Hope project in Haiti that she and Jason could fund. They wanted to give this as a Christmas gift for Jay and Mary Ruth. I explained that there would be a lot when we started Phase II but the only thing at that time was well.... a chicken coop and chickens! I sort of laughed it off in the email saying I didn't think they had that in mind.
A few days later, Katherine contacted me again and said, "yes." They liked the idea, so I got Tommy to price the material in Jacmel and we were all set. Lumber, wire and of course, chickens, were all available in Jacmel. I explained to Katherine about the limited diet that is available to Haitians and that protein from the eggs would be a welcome addition. The children could also be taught responsibility by being in charge of gathering the eggs and feeding the chickens. A future goal would also be to use the eggs as a source of income for the kids.
Jason and Katherine (and of course, James) presented the gift to Mary Ruth and Jay on Christmas Eve in a very creative way on a blank embossed wedding invitation. They added script explaining the project and the Children's Hope logo. Jay shared his excitement with us on Christmas morning! It turns out that all the gifts that Jason and Katherine gave to the Wolf family were similar to this. Instead of falling victim to the lure of consumerism, they chose to give meaningful gifts that will have lasting value. What if we all started doing that? Just think of the difference that our $$$$ would make in a world where needs abound. Lets make that our New Years Resolution! Instead of giving "stuff" to people who have plenty, lets give to make a Kingdom difference!!!
Thank you, Jason and Katherine, for being an example to us all!
We have a team from FBC Montgomery headed to Jacmel at the end of January. It looks like they will have the privilege of building the chicken coop and purchasing the chickens. We are taking ideas on what to name the coop!
Posted by Tanya Birchfield at 11:14 PM