Recently, Barry and Heather Moore spent a week in Jacmel, Haiti along with their three children. They stayed at the Alabama House and spent some time with our 18 kids and toured the land site prior to the children moving in. Heather saw that we needed two stoves for the kitchen and immediately decided to take this project on. Her oldest daughter, Kathleen, would have her 14th birthday soon after returning from Haiti. With Kathleen leading the way, the family decided to throw a "Help Haiti" party instead of a traditional Birthday party. Instead of gifts for herself, Kathleen asked her friends to give monetary donations to Children's Hope for the purchase of the stoves. Her goal was to raise $900 but once the money was tallied, $940 was raised. This was enough to purchase both stoves and a goat! Over 80 of Kathleen's friends attended the party and contributed. Thanks to Kathleen, her family and friends! The ladies who help at the orphanage will no longer have to cook over an open and dangerous fire. Not only will it be safer but much more efficient. What a great example of selflessness and initiative in meeting a need.
Several young families have also shared that for their child's birthday, they want to do something for Children's Hope rather than getting gifts. Another family plans to make a contribution to CH in honor of family members for Christmas rather than giving gifts. What a wonderful mind set to have. We live in a world of excess, and I am thankful that Christians see the need to help others rather than acquiring more. As the Christmas season approaches, please consider fulfilling the needs of others whether it is CH, Compassion International, World Vision or other ministry. In fact, that would be a great gift to Jesus on His Birthday. 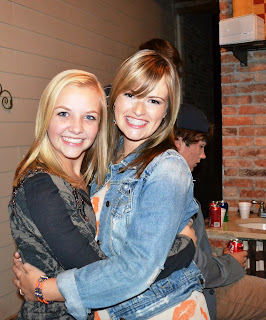 Kathleen is on the right. 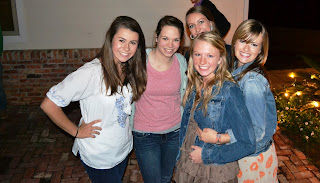 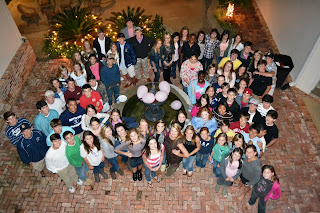 About 80 teenagers attended!
Posted by Tanya Birchfield at 8:58 PM